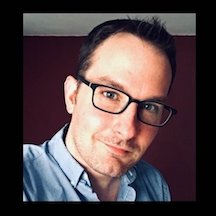 Kurt Braddock is an Assistant Professor in the School of Communication at American University. His research centers on the persuasive tactics employed by violent extremist groups to radicalize and recruit vulnerable audiences. He also studies how researchers, analysts, and security forces can leverage communication theory to develop their own counter-messaging strategies to prevent extremist groups from drawing people to violence.

His work has been featured in several communication and security journals, including Communication Monographs, Terrorism and Political Violence, and Studies in Conflict & Terrorism. He is also the author of Weaponized Words: The Strategic Use of Persuasion in Violent Radicalization and Counter-Radicalization, published by Cambridge University Press in 2020.

Kurt advises several government agencies, international organizations, and civil society members on the use of strategic communication to combat the appeal of terrorist propaganda. For example, he has worked with the U.S. Department of State, the U.S. Department of Homeland Security, and the United Nations Counter-Terrorism Executive Directorate on the analysis of terrorist messaging and how best to counter it.